We will explain the first electric car that can be produced with a 3D printer designed by an Italian company called XEV, and determine its place in the electric car market in terms of electric car prices.

XEV decides to produce a cheap two-seat electric vehicle and agreed with chinese 3d printer company called Polymaker. It also meets European safety standards, including systems such as ABS. The battery can also change. This situation allows users to keep up with the ever-evolving battery technology and change their batteries whenever they want.

The car, 1.5 meters wide and 2.5 meters long, has a range of 150 kilometers, and the maximum speed is 70 kilometers per hour. Although it is not suitable for intercity transportation, it makes sense to use it in the city. 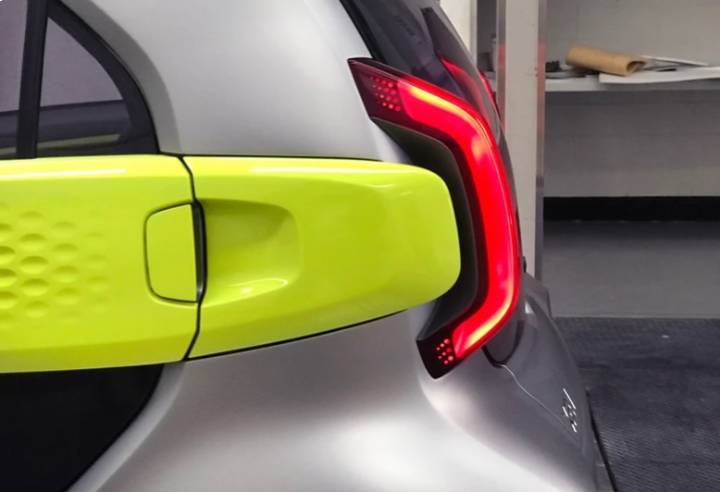 Now lets explain the historical technological process that made it possible to manufacture the car and discuss the details.

3D printer technology includes an object designed in three dimensions on a computer; It is based on melting with a raw material such as composite, polymer and resin. It emerged in the 1980s, but became widespread in 2010. The reason why its widespread has been delayed so much is related to the new decrease in production cost and the production of more sensitive printing machines. New initiatives and media attention made it possible to use these printers even for home use.

There are many different printer models that work with different materials, which can be printed in detail or rough. However, advanced software knowledge is required for three-dimensional design that can be done with programs such as CAD. Because new technologies get the information about which point of three-dimensional printing, in what density and detail the raw material will be used from this design. For this reason, amateur users do not design from scratch, instead of downloading the stl extension design files shared by people on websites such as shapeways and thingiverse, they make edits and print them out. There are hundreds of creative designs on these sites, from shoe designs to kitchenware.

Today, almost all parts of 3D printers other than the engine can be produced with a 3D printer. It is an accepted prediction that it will be able to produce the engine itself in the future. In addition, one of the technologies Elon Musk attaches most importance to for his Mars journey is 3D printers. In the past years, a design competition was held, the best home design was chosen that is resistant to Mars conditions and all oda parts can be produced with a 3D printer.

At this point, it is inevitable to use three-dimensional printers in electric vehicles, the rising value of our age. We are confident that in the future we will be able to print a car we downloaded from the internet in my own garage. But for now, XEV has embarked on such a project as an innovative electric car company that approaches the future in a different way.

Traditional cars come in a uniform design. This situation not only reflects your perspective but also makes it difficult to meet your personal needs. For example, the process that prompted Elon Musk to design an SUV vehicle is nothing more than duplicating the cars on the market. Copy and bad designs…

For example, in a type of vehicle designed for families with children, placing your baby on the car seat while you have a baby on your lap hurts your back due to the door design. You can’t open car bagaje while full of bags in hands. That’s why Elon Musk designed a SUV with doors that can open upwards. But other car company avoiding like Elon Musk’s radical design changes due to traditional car designs sales rates. This has a direct negative effect on our comfort level. Whereas, in the past, software was produced according to the hardware, now it is necessary to produce cars according to the software and our personal needs.

An Advanced 3D Printer Made for Home Use

However, this is not the case with vehicles alone. Until recently, even an item of our daily life, such as a refrigerator, had a shelf shape that pots could not fit. A refrigerator without any pots inside… They are moving to modular designs recently. The electric car company called XEV is also emerging with Yoyo, claiming to solve similar design problems with a brand new perspective. It allows the small skeleton to be fully customizable.

Electric cars that aim to reduce carbon emissions on the earth. XEV offered to consumers by lowering their costs so that everyone can buy them. Takes the idea of affordable electric car that started with Tesla one step further. XEV’s yoyo with a price tag of 7500 Euros, it presents a success that catches the Sondors, which is thought to be the cheapest electric car in the world.

WHEN CAN ELECTRIC VEHICLES BE TAKEN?

Can I buy an electric car or not? The answer to the question varies according to your country. Electric cars developed at massive speed. When you see at following table some electric cars have 500 kilometers distance. According to what they said Tesla Roadster that produce at 2021 will have a 100 kilometers distance. Even Harley Electric motorbikes have competitive distance statistics. In other words, the way you go with a full battery has already passed the way you go with a tank of gasoline.

SOME OF THE HIGH RANGE ELECTRIC VEHICLES (1)

There are big improvements in charging times. They managed to fill 80 percent of the vehicle battery in 15-20 minutes. Tire companies develop systems that enable vehicles to be charged from tires when parked in the charging center using wireless charging technology without using cables. The life of the batteries is getting longer. The number of fast charging stations is growing.

It makes sense to buy electric vehicles that have less powertrains than gasoline vehicles, so they do not cause energy loss and reduce carbon emissions. Even the number of charging stations in third world countries is increasing. It has less tax, the charging time is close to the time of getting gasoline, and we can even plug it in at home. What else!

THE BIRTH OF IDEAS ECOSYSTEM IS GROWING!

You can access our new book reviews on reviewsofbook.com and our game reviews at reviewsofgame.com